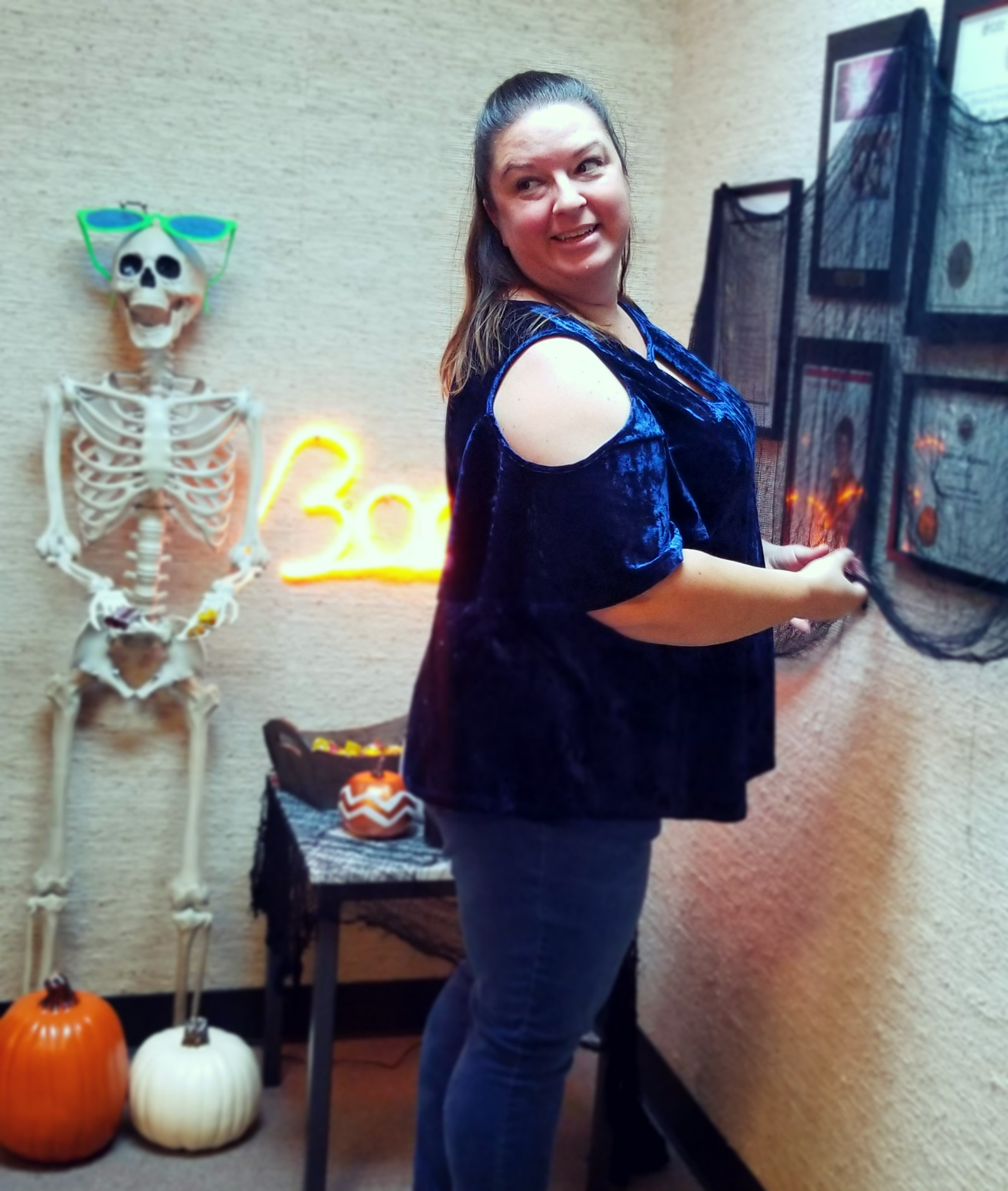 This week we get to tell you all about Meida Lockhart, our residential design coordinator, who has been at SDG since August 2015. Meida’s first career was in the Navy as a Cryptologic Technician. During her time in the Navy she visited 47 states in the U.S. (living in 8 of them!) and 5 provinces in Canada. She says “I joined the Navy to see the world and ended up seeing the U.S. and Canada!” Meida now loves reading, doing crafts and coaching the girls on her Girls on the Run team. She is also involved in the community as a board member for the Grace Center, a member of Ardmore Young Professionals, and a volunteer for Tim Tebow’s Night to Shine. Here is what else she had to share with us…

Q. When you aren't working, what are you likely to be doing?

A. Right now in my spare time I am crocheting beanie hats for all the girls on our Girls on the Run team for their upcoming 5k run.

Q. What's the most recent bit of knowledge you've picked up?

A. I have learned quite a bit about the Fair Housing Act and Section 504 of the Rehabilitation Act—federal regulations for multifamily dwellings.

Q. What is something you have read or seen recently that wish you could share with everyone you meet?

A. While helping my aunt go through some boxes, I found an old envelope from the Department of the Navy.  It contained a letter to one of my family members stating that it was determined that her son had been killed by enemy fire while serving on the USS Juneau.  The ship sunk at the Battle of the Guadalcanal on 13 November 1942.  It had been hit by a Japanese torpedo, killing 687 men.  The wreck was just recently discovered March 17, 2018 by the expedition crew of Research Vessel Petrel.  I will be adding that piece of history to my own collection of Navy memorabilia from when I served.

Thanks, Meida! We are so happy to have you on the SDG team as our residential design expert.